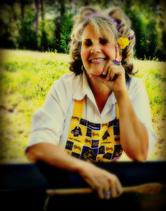 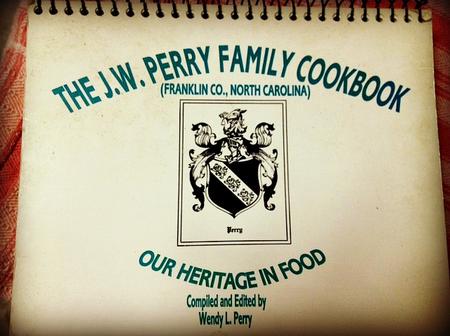 'Twas a long time ago when I did my first cookbook, a complication of Perry family favorites. Back then, I was just a "recipe creating virgin" and so mostly what I contributed were very few of my own recipes.

Fast forward... to many years, hundreds of recipes and culinary adventures later, with recipes galore of my own, and folks begging me for a cookbook!

Now mind you, I'm a "throw cooker" and have found it a tad challenging to over time to put my "thrown together" recipes on paper, but as I have done this for pay for publications and products, I've had to get better at that, because I simply can't put in a magazine recipe to "just throw in some "x" until it tastes right" and send to the editor! As puzzling as it is for me to comprehend, I now realize some folks just cannot cook without a detailed recipe (and even then, some still have troubles).

Years ago, I bought TheStateOfThePlate.com and still hold on to it for one day I might just get around to using it, but work has slowly commenced on my next book, a single subject book that will be in memory of my daddy and a recipe of his... and ways I use it.  For now, you'll just have to go subscribe to my blog and stay tuned, because the lid isn't off this pot, yet!

The State of My Plate Cookbook